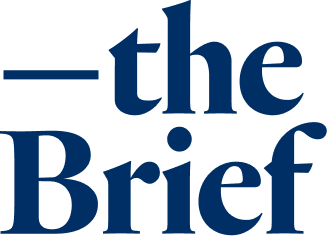 Did a colleague forward the The Brief to you? Sign up via the button below to get your very own copy.

Laura will be speaking at the Silverchair Platform Strategies session on “EdTech Trends: Un-siloing & Digitizing Professional Education” on July 12 at 11 AM ET. David and Joe both had posts in The Scholarly Kitchen recently: David’s looking at ResearchGate and the business cycle changes that occur when a startup reaches the next level of market maturity, and Joe’s revisiting a 2015 post predicting that legacy publishers would coopt open access.

cOAlition S has released a report analyzing the first year of the Transformative Journal (TJ) program. As a reminder, TJs (not to be confused with TAs, or Transformative Agreements) are individual hybrid journals that have agreed to (try to) show an “annual increase in the proportion of open access (OA) research content of at least 5% points in absolute terms, and at least 15% in relative terms, year-on-year.” The journal must also publicly agree to flip to OA when 75% of its research content is published OA. These promises allow the hybrid journal to be considered compliant with Plan S and eligible for article processing charge (APC) funds.

The report shows that more than half (56%) of the 2,304 journals in the program did not meet their first-year OA targets. The coalition has extended its requirements another year, keeping all TJs in the program (although they must meet year 2 targets calculated as if the journal had met its year 1 numbers).

Removing 56% of the journals would result in 1,290 fewer publication venues for Plan S-funded researchers, which is perhaps part of the reason for the extension.

Notably, many of the TJs have failed to meet another cOAlition S requirement: a public statement showing how the presence of OA articles has reduced the subscription price of the journal. Elsevier and Springer Nature (182 and 1,714 TJs, respectively) instead have offered “a more generic, anti-double dipping statement,” which apparently has been accepted for 2021, but will not fly for 2022. This raises the question of how a publisher would practically be able to show such a metric.

Journal prices for hybrid titles are not static. They may vary based on any number of factors, including inflation (a significant consideration this year), journal performance, and journal output. Historical considerations also come into play (did we raise prices last year?), as does the state of the overall subscription base (was there subscription attrition, which now means the cost of supporting the journal is spread across fewer subscribers?). Calculating a decrease in the price of a journal because of (for example) a 5% year-over-year increase in OA content is inevitably a fuzzy and imprecise process, as the discount is a discount off a new price. It is more of a “we were going to raise the price of the journal by 5.2% and now we are only going to raise it by 4.9%” kind of thing. The notion that the price of a journal would go down in absolute terms because of an increase in OA content (and a decrease in subscription content) works in extreme examples (suddenly the journal’s subscribed content drops by 50% because of OA uptake). The problem is that most journals move toward OA incrementally, and their subscription prices are not static year-over-year.

But the even larger problem in coming up with price reduction metrics based on OA uptake is that most subscription revenues for most publishers come not from à la carte subscriptions but from package sales (including TAs). The pricing for such packages is often immensely complex and is not simply a case of adding up the list prices for each title in the package and appling a flat discount. Such packages are often priced based on historical holdings plus various negotiated terms. For journals sold in a package (which are most of them), the price of a single journal sold in the package is entirely theoretical. Does reducing a journal’s list price (or, more realistically, the list price increase) by some amount really matter when that price is rarely paid?

OA and subscriptions are fundamentally two different business models, linked by a common format. The subscription model is based on journal pricing. The OA model is based on article pricing. It is true that a journal is composed of articles and at a certain point (the 75% threshold set by cOAlition S, for example) it makes sense to let the OA model take over. But up until that threshold, reconciling the two models is not straightforward. We applaud efforts to reduce double-dipping, but this is like trying to reconcile two different realms of mathematics. Sometimes you can find a way to connect the two realms, but it is often inelegant and hard to follow, and leaves few people satisfied.

Recent open data issues have reminded us of the episode of Seinfeld where Jerry goes to pick up his rental car only to find the company has no cars available. As Jerry says, taking the reservation is easy, but holding the reservation is the important part. The same is true for open data policies—it’s easy to set a policy; enforcing it, however, is the important part if you really want it to work. A new study in the Journal of Clinical Epidemiology makes this point clear. Looking across BioMed Central’s health sciences journals, the authors identified 1,792 papers with Data Availability Statements (DASs) in which the authors stated that the data behind the paper would be made available upon reasonable request. When contacted, only 14% of those authors responded at all, and a mere 6.7% of authors actually provided their data.

For those with experience working in open science policy, these results are not surprising. It’s a key reason why many journals do not allow a DAS that offers data upon request—either the data is publicly available with no further intervention from the authors or it’s considered not available.

Phil Davis encountered this problem firsthand when looking to verify a recent study claiming that Twitter can be used to increase an article’s citations (TL;DR it can’t). Here, not only did the authors decline to provide their data (at least until the journal’s editors intervened), the article itself violated the journal’s policies by not including the required DAS and not following the required Consolidated Standards of Reporting Trials (CONSORT) Guidelines on calculating sample sizes. It’s one thing for an author to be unresponsive or recalcitrant, yet another for a journal to implement a policy and then ignore it.

When creating any journal policy or author requirement, it is essential to plan for monitoring and enforcement. Otherwise, your policy becomes nothing more than a mild suggestion. Last month, the White House Office of Science and Technology Policy (OSTP) released a set of guidelines for data repositories. While this is a “report” and not a “policy,” it remains an indicator of how seriously funding bodies are considering open data and that journals need to be ready to implement their own open science policies as funder mandates are on the horizon.

(If you’re struggling with this, drop us a line. Clarke & Esposito has significant experience guiding research societies and publishers in creating such policies and, just as important, monitoring and enforcing those policies once they’re in place.)

—
Source: Seinfeld (via YouTube), The Journal of Clinical Epidemiology, Nature, The Scholarly Kitchen, Office of Science and Technology Policy

Earlier this month, Science reported that postdoctoral fellows are becoming an increasingly rare species, with many laboratories struggling to find candidates to fill open positions. While the article (along with coverage in Nature on the flight of mid-career researchers from the academy) suggests some of this is a reaction to the pandemic and science’s version of “The Great Resignation,” we at The Brief would argue instead that this is the culmination of a long period of culture change in science.

Until recently, most PhD students were indoctrinated into a culture that held that any career outside of the academy was a failure. This attitude endured, decade after decade, despite a continuous decline in the academic job market, resulting in only a tiny minority of PhD students in most fields eventually ending up with a tenure-track position. In recent years, responsible universities, departments, and mentors have begun to do a better job of making the true prospects of the job market clear to their graduate students. So it is perhaps not surprising to see an increasing number of PhD recipients taking a more rational path directly into non-academic careers, rather than wasting additional in-between years pursuing a principal investigator role that is unlikely to materialize.

While the decreasing the number of people laboring for years as post-docs may create some additional pressures on labs (an experienced postdoc is likely more productive and efficient than an early graduate student), it marks a healthy leveling of the playing field in many ways and will likely result in additional leverage to bring to compensation negotiations for those who do pursue post-docs. While there remains great value in the skills gained while earning a PhD, research institutions have benefited from creating unfair expectations among graduate students and taken advantage of the resulting oversupply of labor.

Emerald Group has been acquired by Cambridge Information Group (CIG) for an undisclosed sum. Emerald Group includes Emerald Publishing and Emerald Works, a provider of workplace performance tools and resources. Emerald Group was a closely held, family-owned company whose founder (Keith Howard) recently passed away. It’s unsurprising that the family chose to sell the company. More notable was the acquirer, another family venture familiar to readers of The Brief for their long ownership of ProQuest — which was recently purchased by Clarivate. (CIG retains a stake in Clarivate). CIG is also the owner of Bowker.

Former DARPA and NIST leader Arati Prabhakar has been nominated to become the next director of the White House Office of Science and Technology Policy (OSTP). Prabhakar is the first woman and the first person of color to be nominated for the job. The American Institute of Physics (AIP) FYI Bulletin profiled Prabhakar, noting that she has brought an engineer’s “application-oriented” mindset to her research and career.

Director of Publishing at Portland Press and The Biochemical Society Malavika Legge has been appointed as Program Manager for the Open Access Scholarly Publishers Association (OASPA).

And we offer our congratulations to Charles Watkinson, the new President of the Association of University Presses. We at The Brief would like to know more about those bears…

OCLC has filed a lawsuit against Clarivate Analytics over its new MetaDoor product, claiming predatory market behavior and tortious interference. A well-sourced explanation of the situation is available from Todd Carpenter.

Maryland’s state law requiring publishers to make e-books available on “reasonable terms” to libraries has been struck down by a federal judge and declared to be “unconstitutional and unenforceable.”

Though already a long-time supporter, the Swiss National Science Foundation has officially become a member of cOAlition S.

Wiley posted strong financial numbers for the 2022 fiscal year, with sales topping $2 billion, marking a 7% increase in revenue and an 18% increase in operating income.

A paper shortage is hitting the printing industry hard. We are hearing anecdotes from major publishers that they have books lined up at the printer, drastically altering their release dates.

PLOS has offered a look at the last three years of their opt-in policy allowing authors to choose to include peer reviews (signed or unsigned) with their papers. While the results show an impressive 40% of authors opting in, it’s perhaps worth noting that this percentage has been static over the period.

June saw the launch of the open research platform Octopus, the latest attempt to shift research communication to a stream of ongoing micro-publications. As noted in our previous coverage, the effort remains interesting but faces significant hurdles.

***
The most erroneous stories are those we think we know best—and therefore never scrutinize or question. —Stephen Jay Gould